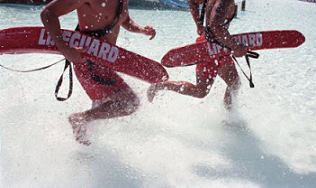 Aquatic labor shortages are challenging swimming pool operators around the country.  With the industry picking up throughout most of the country, businesses are facing a problem they didn’t expect until further up the sales curve — a shortage in labor.

Between 2013 and 2015, difficulties finding skilled labor was perhaps the No. 1 complaint among professionals in all industry segments.

That talk stopped during the recession as local markets contracted by as much as 80 or even 90 percent.

Now that the national economy seems to be on an upswing, companies are looking to grow again. Many figured that there would be plenty of workers available who had left the pool and spa field and were ready to come back.

Reports of labor shortages seem most prevalent in areas such as Phoenix, Sacramento County, and certain parts of Florida, which had experienced the largest construction booms last decade only to be hit hardest in the recession. While the problem doesn’t seem as prevalent in the Northeast and Southeast, those areas haven’t been immune.

In some cases, the response to job advertisements has been even less than it was at the height of the economy.

Even managers who found good hires this season worry what will happen at the next growth phase. “If we needed to pick up the pace to make up for rain or something like that, you can’t just go out there and find somebody,”

Some experts believe that the industry’s severe contraction caused professionals to leave in droves and gain other skills.

“A lot of people had to find other ways to make a living, and they’re sticking with that because at least they can count on it, whether they’re self employed or [in another industry],”

In addition, many immigrants couldn’t stay in the country when work ran out, either because employment was a condition for their green cards or because they couldn’t make ends meet.

Yet it seems the staffing problem may have deeper roots than the recession. As many pool and spa professionals move toward retirement, there aren’t enough young people to take their place.

Other professionals report that they’re hiring candidates with solid work ethics, but no pool experience, and having to train them.