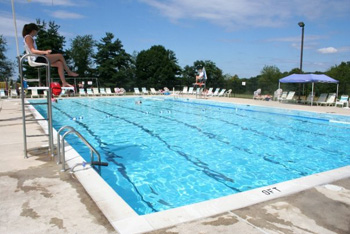 Is your aquatic facility going commercial?  Commercial pools aren’t the same as residential ones … so it is not smart to treat them that way.

During the recent economic downturn, residential pool construction came to a near halt and builders scrambled to fill the income gap. Commercial construction was seen as a way for under worked builders to remain profitable.

Smaller-scale commercial pools especially were sought out. For one thing, they are considered a stepping stone for residential builders hoping to break into commercial work. But also, to the naked eye, these pools don’t seem very different from their typical backyard counterparts. A hotel, motel, apartment or condo (HMAC) pool often will be approximately the same size as one found behind a single-family home. Seeing this, residential builders may believe they can proceed as normal on these projects.

But that belief has spelled catastrophe on some properties, with pools having to be shut down for extensive renovations within six months. Mistakes are especially common with smaller commercial projects.

Here, commercial veterans discuss the most common mistakes being made by residential builders making a not-so-graceful transition into this new territory.

It’s true that if a builder is going to delve into the commercial realm, he or she should begin small.

Think about it: You’ve got a 20-by-40-foot backyard pool. How many people swim in it in an average day? Two maybe?  You put that same 20-by-40-foot pool in a swim school or an aquatic therapy center, and they’ve got 150 people a day in it.

However, inexperienced contractors may use the same equipment and plumbing sizes, figuring they can strive for the six-hour turnover rates as in a backyard. But even if this meets local code, the results can prove disastrous.

This approach is especially problematic in pools at swim schools, aquatic therapy centers, summer camps and other facilities where a large number of people will use the vessels at the same time. At one swim school, for example, things fell apart within six months after construction was completed. Their staff was all sick, the water looked like pea soup by noon everyday. Something major is wrong with it.

When investigated, it was found that the pool had a single residential filter. The pool needed 80 square feet of filter surface area, and it had 24 inches.

When designing an HMAC pool, ask the owners for the maximum bather load they expect, then configure the circulation system to move enough water to accommodate that headcount. One formula says the system should generate approximately 1,400 gallons of water per day per person.

The difference is illustrated on a pool that measures 20-by-40 feet and averages 4.5 feet in depth, thereby containing almost 27,000 gallons. If the builder merely seeks to turn that water over every six hours, it will be done at a rate of 75 gallons per minute. However, if that pool is designed to accommodate 300 swim students by circulating 1,400 gallons per student per day, the flow rate increases to 292 gpm. You can see where there is a big problem if you need to move 75 gpm.

Of course, codes must be met. But in the case of high-usage pools, they often should be exceeded.

Another problematic area is the amount of equipment.

Some builders do allow for the higher turnover rates needed in commercial applications but, rather than installing a larger piece of commercial-grade equipment, they’ll put in lots of smaller pieces suited for backyard pools. Experts report seeing pump rooms with 10 residential-grade pump-and-filter assemblies rather than one or two commercial units.

This is different than the redundant systems found on many commercial pools. With redundancy, designers create two complete systems that can handle all the circulation so that, if System A experiences problems, it can be repaired while System B does the work.

Instead, residential builders will too often install multiples that must all work together. While it may seem that a solution like this can yield the same outcome, there are multiple reasons why it’s not the best plan for commercial pools. The first is based on simple logic: Ten pieces of equipment instead of one means 10 times the maintenance and opportunity for failure.

Additionally, there’s a reason commercial-grade equipment costs more than residential — it’s made of better stuff. Plastics found on residential parts may be countered with metal on comparable commercial equipment. The units are meant to take a beating for a long time. On the upside, this also means builders can differentiate themselves by offering more impressive warranties against a backdrop of price-oriented competitors.

Commercial equipment also is designed specifically for the needs of these applications. For instance, larger, deeper filter beds in commercial units allow for a deep cleaning and removal of small particulate matter that can’t be duplicated with multiple smaller units, experts say. Commercial heaters are made to be more efficient. And commercial-grade chemical feeders operate on a whole different plane, designed to feed more chemical more often to meet higher demands. Plus, they don’t dispense trichlor, which is not appropriate in commercial settings.

Finally, plumbing with multiples is actually going to be more difficult in one sense — that the installers must plumb the system for even distribution through each of the multiple filters.

Plumbing issues constitute the most frequently made mistakes residential builders make when moving over to commercial projects. Here again, it’s fairly common for builders to misuse the multiples approach.

Moving the higher volumes of water often requires pipe sizes virtually unheard of in the residential world, with diameters starting at 6 inches and sometimes reaching 12. But pipe, fittings and valves of those sizes are much more expensive than their 2- and 3-inch counterparts, and installing them tends to require more people and different techniques. So some builders will stay in their comfort zone, opting to use multiple 2- and 3-inch lines instead.

Here again, the problems with doing this are both logistical and theoretical. Often, builders will install four 2-inch lines in lieu of a single 8-inch line. That is a lot more pipe, which is more prone to make a giant mess.

But more importantly, the basic approach is flawed. If one wants to duplicate the pipe capacity of an 8-inch line, it doesn’t take four 2-inch lines or two 4-inch lines. It takes eight 2-inch lines or four 4-inch lines. Think about reducing or enlarging photographs on a computer: When a person indicates they want a 50-percent reduction, that means its height and width will each be reduced by half, actually making the photo ¼ of the size in terms of square inches. So it would take four of those reduced images to take up the space of the original. The same basic principle holds for plumbing: If pipe A has half the diameter of pipe B, it will actually have only ¼ of the capacity.

So when builders decide to replace larger pipe, fittings and valves with the smaller lines they’re used to, they actually often underplumb the system.

A professional can’t move from one world to the other without proper preparation. People have to understand how the whole system works.